For a better experience please update your browser.

Your browser must have cookies enabled otherwise you will not be able to login or register. Please enable cookies in your browser and then refresh the page to continue.

This event is sold out

Your data is being transmitted securely via a strong 256-bit encrypted SSL connection.

Total booking fees comprise charges for IT services, credit card charges and/or other administrative fees allocated by the event organiser

Ziggy Stardust returns in ‘A Rock n Roll Suicide! Still Alive? Tour in 2020Theatre of the Wild, Beautiful and the Damned Presents‘A Rock 'n' Roll Suicide’ Was a surprise hit at Ed Fest Fringe 2019! Totally splitting the critics, it swept the board with 1,2,3,4 to 5 Star reviews. It was like “Marmite with Crack on it?” according to one reviewer!This show with funding from the Arts Council England Lottery Grant is being re-written, re-developed with the legend Chris Thorpe and will Tour all over the U.K from March 2020. Venues will include Rock Festivals, Clubs & Pubs and Social/Labour Clubs & Community Centres and edgier Theatre Venues. Taking it back to the real grass roots, to real people who may not have the chance to see live Theatre. Ziggy Stardust returns to take us on a tragical Mystery Tour through the life of a nearly- was- Rock star, Gypsy Lee Pistolero, AKA Lee Mark-Jones! This one man- show plays out against a backdrop of videos and scenes from his early life, our jaded, ageing rocker sings along with his young pretty self and belts out songs from Punk to the Present, from an initially glamtastic, then tragic Rock N Roll career.It’s a tale of anarchy, rage, sadness and laughter.It’s a struggle between damnation and salvation.Its story of a man who comes to terms with himself after the diagnosis of a condition that unknown to him, has defined his life.Join us on this autobiographical roller coaster and see for yourselves what Ziggy Stardust is finally revealed to be. A one-man show with a roll call of virtual celebrity guest stars, this suicide is by turns glamorous, punky, anarchic and tragic.Co-starring Lemmy, Slash, Axl Rose, Blondie, Joey Ramone and Joan Jett amongst others.Upon alter ego Ziggy Stardust's revelation to be his undiagnosed ADHD (Attention deficit hyperactivity disorder) condition, deep soul searching, self-questioning, recriminations, rage and confusion but also hope, clarity and understanding unfolds? Triumph over tragedy? You decide! From the Council estates of Kidderminster to Beverley Hills and back? Also featuring a special guest appearance by Chris Thorpe, as the voice of Mr. Punch, the puppet of truth.Theatre of the Wild, Beautiful and Damned is the creation of Lee Mark Jones AKA Gypsy Lee Pistolero and specialises in chaotic and surreal contemporary theatre and performance with Dramaturgy by Chris Thorpe. Lee said: "I intend to attract a new kind of audience which does not usually go to the theatre; an audience craving strange journeys of darkness, horror, suspense, and wonder. All these thrills we will provoke into life, in the flesh, breathing and bleeding on stage, and right in your face.""I love Lee, he's dangerous and doesn't give a f**k and I love that." - Chris Thorpe 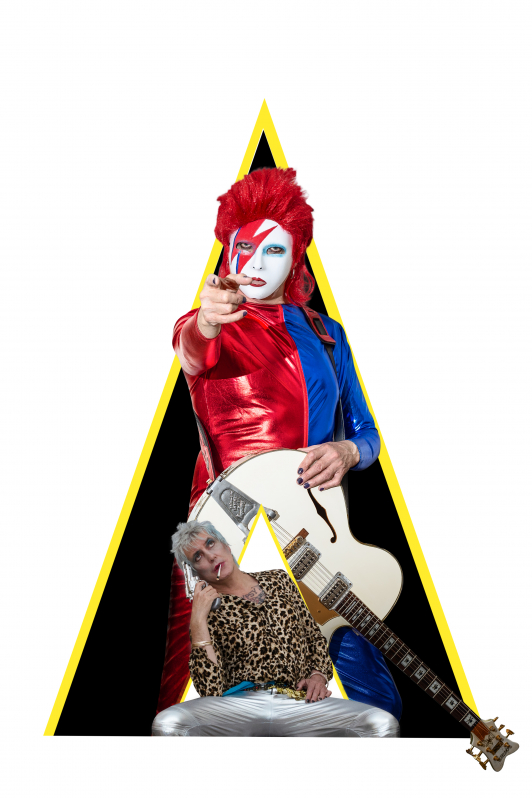